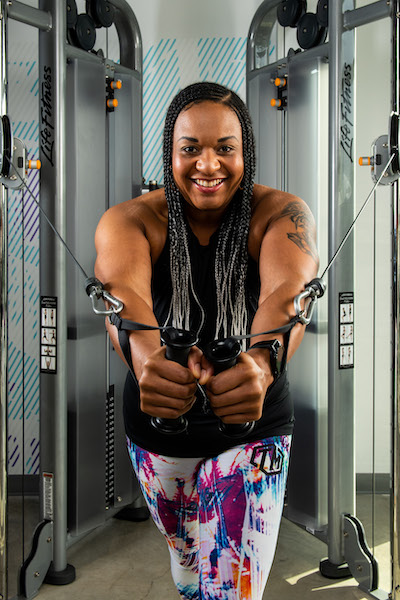 After living in London all her life, Esther entered a long-term relationship which led to her moving to Glasgow. Post-move and due to a combination of factors, such as not understanding her relationship with food, Esther’s weight increased to 140kg. Her long-term relationship meant Esther happened to become too familiar with her lifestyle and failed to regard the importance of activity.

Unsure on which direction her life was heading, one of Esther’s work colleagues recommended Anytime Fitness Clarkston as the perfect platform to positively change her lifestyle. Looking to push her mental and physical capabilities, Esther underwent her club induction in 2017 and immediately became a club member after being captivated by the supportive coaching environment on offer. As well as this, the club’s 24/7 accessibility meant Esther was able to train whenever it was convenient for her. Since being a member at Anytime Fitness Clarkston, Esther’s most memorable moment has been losing 43kg in body weight which she claims is a testament to the club’s socially focused environment.

“The encouragement members receive from staff is second to none”, comments Esther. “My confidence has grown to undiscovered heights and as a result I’ve made some life-long friends. I’m also planning a holiday with a personal trainer from the club! I accepted that I faced a huge challenge in losing a large portion of my weight, but the club guided me since the beginning – I’m truly thankful to them.”