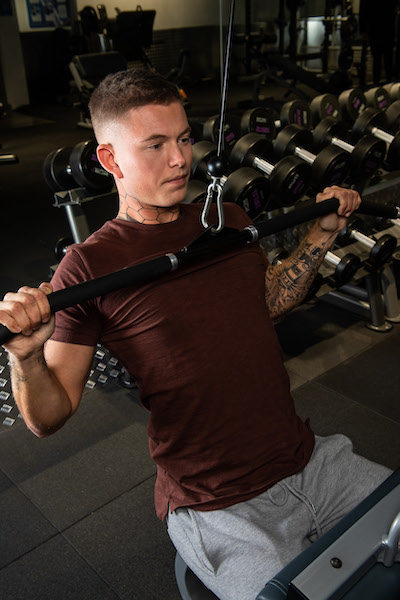 In October 2012, Dexter was just 18 years old when he was diagnosed with testicular cancer. After having surgery to remove the cancer, it had already spread to his stomach and required Dexter to undergo three months of chemotherapy. Despite the treatment proving successful, Dexter was experiencing significant levels of trepidation throughout his lifestyle which led to various negative factors. As a result, Dexter’s mental wellbeing gradually deteriorated and subsequently started to show signs of PTSD. Dexter’s health was heading on a downward spiral alongside experiencing irregular sleeping patterns, until he came across Anytime Fitness Bicester.

Attracted by its 24/7 opening hours, Dexter decided to face up to his mental health by incorporating regular fitness training sessions at night-time while the club was quiet. As well as this new routine being beneficial for his physical wellbeing, Dexter’s mental health has drastically improved as a result of regular physical activity and he now leads a happy and healthy lifestyle.

“A large portion of my life was having cancer”, highlights Dexter. “This played a massive role towards my wellbeing decline, but Anytime Fitness gave me a platform to rediscover myself. They enabled me to feel on top of the world whenever I was in a dark place. I feel welcomed every time I walk in and what’s more are the staff. They’ve been incredibly supportive throughout my journey and I can’t thank them enough. I used to weigh 8 stone but now weigh 12 stone as my aim was to gain muscle and size!”